It reduces fingerprints smudges on the screen as well as leaving the image very crisp and this film will reduces the glare by 25%.

This film is ideal for:

Out of all the anti-glare films that we have to offer, the MXH film offers the least visual noise. This helps those of you who were bothered by the pixeling of our other films on certain applications.
This film has the same 3H hardness surface coating and silicon resign adhesion of our other films, so it is still an excellent film for protecting your screen.
The anti-glare properties of this film are the lowest of all our anti-glare films but the image quality is better than the MXS and MXT anti-glare films.
Look for the MXH film through out our site! We have it available for a few pre-cut screen sizes and for all of our Universal screen sizes. 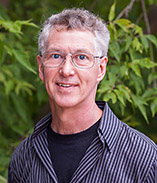 Don Basch is owner of the Photodon business since the year 2000.

We have specialized in computer monitor accessories that include screen protective films, privacy filters, computer monitor hoods and screen cleaning supplies. We are constantly using the Kaizen principle to make our products and services better.  My special interests include photography, bicycling and spending time at the cabin.